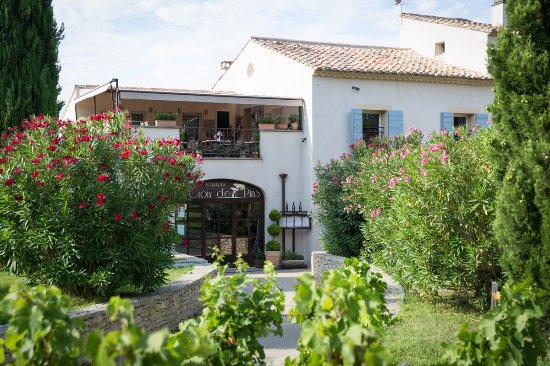 Built in the 16th century, it belonged to a prelate of the papal government who had his headquarters in Carpentras. The Italian origins of the family encouraged them to reproduce a villa in the Tuscan style. Their religious faith was also quite influential as La Croix des Pins possesses an interior chapel dating from the end of the 16th Century and a pergola with 40 pillars built with Caromb stone. It is a lovely shaded passage perfect for prayer and meditation leading from the house to a spring hidden underneath a century-old oak tree. In 1735, La Croix des Pins became the property of an apostolic notary and it stayed in his family until the beginning of the 1980s.

Then, it was owned by Philippe Avon and his wife Marie-Helene who managed it for over 25 years. A pioneer of the organic movement for the Ventoux appellation, the vineyards of La Croix des Pins were certified organic in 1998. Unfortunately, Philippe Avon died accidentally in 2007. In September 2009, a new team lead by Jean-Pierre Valade, took over the domain, ready to give a new start to the Château and the vineyards. The building, now entirely renovated allows us to welcome you in a warm and historically-laden setting.

The Rhone wines are strongly associated with a vibrant history. Indeed, winemaking in the Rhone region dates back to the 6th century BC. Along the years Romans and Templars have been involved in fermenting grapes. The region noticed its first significant growth when the Catholic Popes elected Avignon as their home. It is only in the 20th century with the improvement of transportation, especially to the capital Paris, that Rhone wine grew in popularity to their present domestic and international fame. 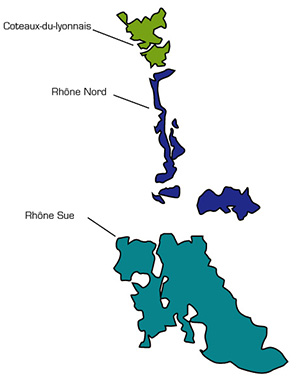